The Story Behind Jeremiah 29:11--A Tale of Kings, Empires, Murder, and Hope 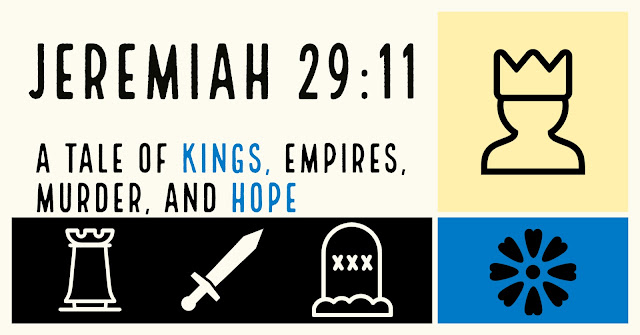 A popular verse in the Bible is Jeremiah 29:11. You can find it all over the internet in a variety of designs. 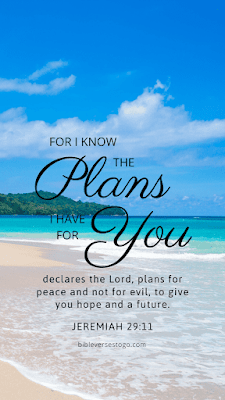 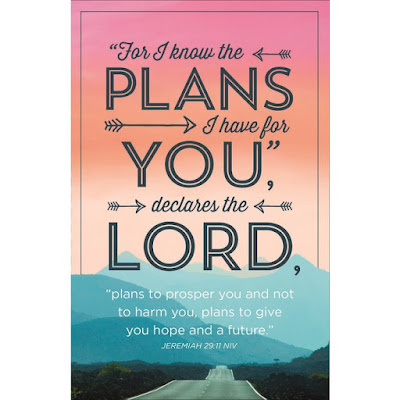 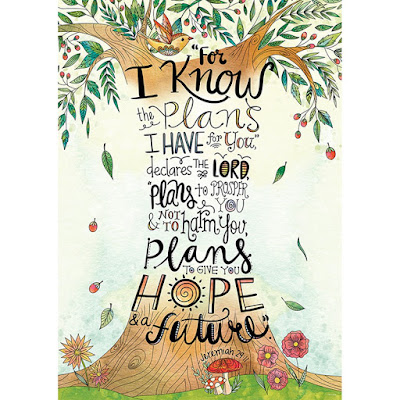 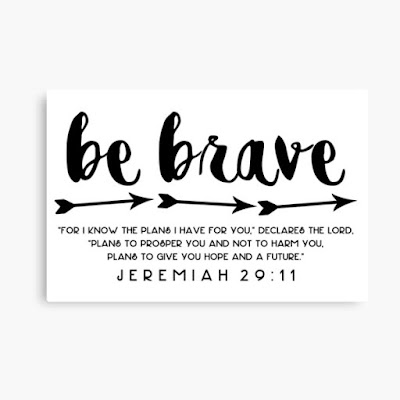 Have you ever wondered why Jeremiah said this? What was going on behind the scenes? Well, I decided to do a little research, and here's what I found.

The Birth of the Kingdom of Judah

Jeremiah was born in the little village of Anathoth in Judah.  Now, in case you are like me and can't keep them straight, here is a quick summary of the difference between Israel and Judah.

I don't want to go too deep into the history of Judah, but let's just say it had a tumultuous history.  Most scholars see its beginnings as a result of the United Kingdom of Israel splitting into two. Judah saw themselves as staying true to King David and King Solomon and tried to gain control over Israel for 60 years.  They formed an alliance with Egypt hoping to keep Assyria from taking them over, but it didn't work.  Eventually, they became a vassal state to Assyria.

A New Sheriff in Town

When the Assyrian Empire fell, it created a power vacuum.  Both Egypt and Babylon wanted to take control.  This created a division among the Judeans, those in the Egyptian camp and those in the Babylonian camp. Eventually, in 605 B.C., they fell under the rule of the Neo-Babylonian Empire.

The king of Judah, Jehoiakim, was like, "You know that tribute I'm supposed to pay to Babylonia? Yeah, I'm not doing that."* The king of Babylonia, Nebuchadnezzar II, was mad.  He sent his army to Jerusalem, but before they got there, Jehoiakim died.  His son, Jehoiachin, gave Jerusalem over to Nebuchadnezzar.

On March 16, 597 B.C. Nebuchadnezzar said to King Jehoiakim, "Pack your bags. You, your family, and your employees are moving to Babylon, including Daniel, Hananiah, Mishael, Azariah." * That's when what is known as the Babylonian Captivity began.

Note: Daniel's and his companions' names would be changed in Babylon. You might recognize his friends as Shadrach, Meshach, and Abed-nego. Daniel's name was changed to Belteshazzar.

Nebuchadnezzar put in a new king over Judah, Zedekiah, who paid the tribute for 10 years until he said, "Yeah, I'm done. I'm going to go with Egypt."* Nebuchadnezzar was like, "Are you freaking kidding me? Do I have to storm Jerusalem again?"*

So once again Nebuchadnezzar sent his army to Jerusalem, only this time he decided to fix the problem once and for all.  He brought everyone back to Babylon--well almost everyone. A few stayed behind in Jerusalem.

Note: For those who read the Book of Mormon, it was around this time that Lehi and his family fled Jerusalem, built a boat, and sailed to the Americas. Different scholars don't agree on when they left exactly. For more information on possible date departures, click here.

As you can imagine, being a part of a vassal state would not be great, but being forced out of your homeland and held captive in a foreign land would be much worse. The Jews were not happy.

But here's the good news.  The Jews were still able to keep their national identity and religious practices. They even had a prophet, Ezekiel, who kept their spirits up that one day they would be able to go back home.

Where is Jeremiah in all of this? When Zedekiah first become the new king, Jeremiah urged him to surrender to Nebuchadnezzar. Then a bunch of foreign emissaries came to Jerusalem to plot a revolt against the Babylonian king (I'm tired of typing Nebuchadnezzar over and over). Jeremiah was against it.  He said that it was God's will that they were under Babylonian rule and the Jews should submit to Nebuchadnezzar (fine, I'll keep typing it).

He sure sounds like a defeatist, right? Or at least a Babylonian sympathizer? It appeared that way to the Jews. For a brief moment when it looked like Jerusalem would be free from the siege and get relief from Egypt, Jeremiah fled. He was arrested for desertion and placed in a pot to die.  An Ethiopian, Ebed-melech, rescued him and convinced King Zedekiah to put him in a safer prison.

After Jerusalem fell, Nebuchadnezzar placed Gedaliah as the governor of Judah to rule over the few Jews left behind in Jerusalem. Jeremiah was released from prison and put under Gedaliah's care. Gedaliah agreed with Jeremiah that they should submit to Babylon. That didn't go over well with the Royal Family. They murdered Gedaliah, thus ending any kind of Jewish self-rule.

Okay, now that you know more than you ever wanted to about Babylon, Nebuchadnezzar, and Zedekiah, you might be wondering how the famous scripture fits into all of this.

Well, to understand the context a little better, we need to learn about a false prophet, Hananiah (not Shadrach, a different one). While Jeremiah was telling the Jews to submit to Nebuchadnezzar, Hananiah had a different message.  He prophesied that God would free them from Babylonian rule in 2 years. To make his point more clearly, he broke off the wooden yoke that Jeremiah had been wearing as a symbol of the yoke of Babylon that the Jews should submit to.

We now have two prophets saying opposite things.  Who are we to believe? Jeremiah made it easy.  He said, "Believe the prophet whose prediction comes true. If we are free from Babylon in 2 years, Hananiah is the true prophet. If Hananiah is dead in a year, I'm the true prophet."*

Guess who died in a year? Yep! Hananiah.

Now we finally get to the famous verse, Jeremiah 29:11.  This is actually in a letter that Jeremiah wrote to those who were in exile in Babylon. In this letter, he tells the Jews. "Look, I know things are bad, but bloom where you are planted. Grow gardens, get married, have children, don't stop living. Just because you are in Babylon doesn't mean God can't bless you."* He was trying to help the Jews see that all the horrible things happening to them wasn't going to thwart God's plan. God was still in charge.  And then we get to the famous verse:

For I know the plans I have for you,” declares the Lord, “plans to prosper you and not to harm you, plans to give you hope and a future.

I wish verse 12 was just as famous because I think it's an important one too:

Then you will call on me and come and pray to me, and I will listen to you.

You will seek me and find me when you seek me with all your heart.

I get why people were listening to Hananiah. He was saying what they wanted to hear. "Your troubles will be over soon. God will swoop down and make everything better."* Who doesn't want to hear that?

Jeremiah had a different message. "Yes, life is hard--and it's going to stay hard. However, there is no place where we can go and not find the Lord. No situation can be so desperate and awful that when we pray, God can't hear us."* While that might not be the exact message we want to hear, I think it's the message we need to hear.

Modern Application of the Verse

Sometimes we are held captive. We might find ourselves in the bonds of addiction, loneliness, financial trouble, stress, anxiety, depression, exclusion, health problems, etc. We'd love to be told that pretty soon God will make it all go away. But sometimes it doesn't. So what do we do? We keep living. We plant our gardens anyway, even if we'd rather not be there come harvest time. We still look for the sunrise, even if it is over a mountain we don't like. We continue to pray, even if we think God is too far away to hear us.

We hold onto the promise Jeremiah gives in verse 14:

The Rest of the Story

The Neo-Babylonian Empire was short-lived, not even 100 years.  Cyrus the Great from Persia conquered Babylon in 539 B.C. The Jews were allowed to return to Jerusalem. Many returned, but some stayed in Babylon in Jewish communities that existed for another 2000 years.  Eventually, some of the Jews returned to Jerusalem in the 1950s.

Are you wondering what happened to Jeremiah? Do you think he spent the rest of his days in peace and harmony? Of course he didn't! He was an Old Testament prophet after all.

Johanan was replaced by Gedaliah. He decided he didn't want to sit around and wait to get killed too.  He said, "Peace out, my dudes!"* and booked it to Egypt taking Jeremiah with him. (See Jeremiah 43) While no official record exists, it appears Jeremiah was stoned to death by his fellow countrymen.

If you'd like to learn more about Jeremiah and the Babylonian Captivity, here are some of the sources I used to write this article:

If you'd like a brief overview of the book of Jeremiah and its themes, I highly recommend watching this 7-minute video produced by the Bible Project.

Not an official publication of the Church of Jesus Christ of Latter-day Saints; however, it does correspond with the Come Follow Me October 17-23, 2022 lesson.
Come Follow Me 2022 LDS beliefs

Unknown said…
I happened upon your blog while doing some research on the Rochester family of S. Carolina and Virginia. You mentioned in a post that you had a copy of Lydia Ellen Rochester Cooper's biography. I too, am a third great granddaughter of Lydia. I would be honored and blessed if you would/could share the biography with me as I don't seem to find it online.
Thank you