"Not as I Will, but as Thou Wilt": Comparing Two Gardens 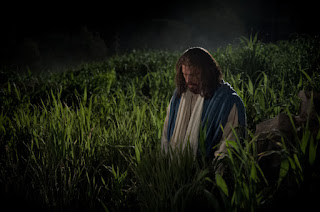 To help us better understand both, I'd like to explore what Eve and Christ have in common and hopefully dispel some myths about Eve in the process.


Both were noble and great in the pre-earth life

"Eve—a daughter of God, one of the spirit offspring of the Almighty Elohim—was among the noble and great in preexistence. She ranked in spiritual stature, in faith and devotion, in conformity to eternal law with Michael."

In D&C 138, the record of Joseph F. Smith's vision of the redemption of the dead, we read that among the great and mighty ones were Father Adam and Mother Eve.  (verses 38 and 39).

Jesus Christ was also one of the noble and great ones.  He was chosen to be the Savior of all mankind. (See Abraham 3:27).


Both have a role as our mother and father respectively

Eve was so named because she is the mother of all living.  (See Genesis 3:20).

Abinadi teaches that Jesus Christ was our father.  This was later clarified by the First Presidency in a 1916 doctrinal treatise.  He is the Father because of his role as the Creator of the earth.  He is also regarded as the Father to those who accept His gospel becoming heirs of eternal life.

A common misconception about Eve is that she was deceived or tricked by Satan.  This is most likely because of the word "beguile."  Today the word means "to charm or enchant someone, sometimes in a deceptive way."

In art and literature, we see Satan portrayed as a snake charming Eve into a trance and tricking her into biting into an apple.


For a better understanding of what really happened, it's helpful to study the word "beguile" particularly what it meant anciently.  Beverly Campbell, author of the book Eve and the Choice Made in Eden, spoke to Dr. Nehama Aschkenasy who earned her doctorate in comparative literature and is Director of the Center for Judaic and Middle Eastern Studies at UConn Stamford.

Dr. Aschkenasy explained that the Hebrew word that has been translated as "beguiled" is almost impossible to translate because it is in a form that is no longer used. She says, "It is safe to say that it indicates an intense, multilevel experience which evokes great emotional, psychological, and/or spiritual trauma."

Jesus Christ also experienced trauma in Gethsemane. Luke, who was a physician, is the only gospel writer to tell us that "his sweat was as it were great drops of blood falling down to the ground." (Luke 22:44)

I found a scholarly article in the Indian Journal of Dermatology that describes this condition as Hematohidrosis. This is when the capillary blood vessels that feed the sweat glands rupture, causing them to exude blood. It occurs under conditions of extreme physical or emotional stress. Acute fear and intense mental contemplation are the most frequent causes.


Both partook: one sweet, one bitter

While we don't know exactly what kind of fruit Eve ate from the Tree of Knowledge in the Garden of Eden, we do know some of its characteristics.  The tree was good for food and it was pleasant to the eyes. (Moses 4:12)  The fruit would have been desirable.

Contrast that with what Jesus consumed in the Garden of Gethsemane.  Lehi tells us in 2 Nephi 2:15 that the fruit from the Tree of Life that Christ ate was bitter, while the forbidden fruit was sweet.

In 3 Nephi 11:11, Christ confirms this when He tells the Nephites that He drank "out of the bitter cup which the Father hath given me."


Both did what they were supposed to

Another misconception about Eve is that she messed up the plan.  Eve herself teaches us this is not so.  In Moses 5:11 she says,

"Were it not for our transgression we never should have had seed, and never should have known good and evil, and the joy of our redemption, and the eternal life which God giveth unto all the obedient"
Lehi confirms this when he says that "Adam fell that men (meaning mankind) might be;" (2 Nephi 2:25)

Christ's atoning sacrifice was also part of the plan.  Our Father knew that we would sin and need the power of atonement of Jesus Christ when we repent.  Lynne G. Robbins in the 2018 April General Conference tells us "Repentance isn't His backup plan in the event we might fail.  Repentance is His plan, knowing that we will."


Both made it possible for mankind to be saved

Eve made it possible for us to come down to earth.

Jesus Christ made it possible for us to go back home.

5 Things Every Mormon Should Know About Mother Eve, Beverly Campbell

The Father and the Son: A Doctrinal Exposition by the First Presidency and the Quorum of the Twelve Apostles

Eve and the Choice Made in Eden, Beverly Campbell

All artwork is from churchofjesuschrist.org unless otherwise sourced.
come follow me 2019 Eve Jesus Christ LDS beliefs