Toolulah and the New FBI Director 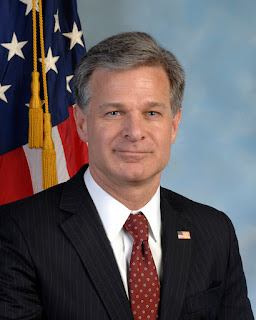 As you can imagine he probably had quite a bit to do those first few months settling into the job.  But now in April 2018 he finally is able to focus on what really matters. 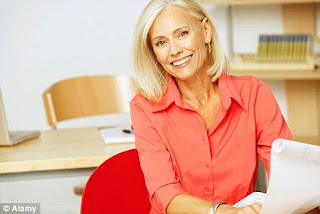 Director Wray has been so kind as to write Toolulah and let her know that he's committed to getting her money back.  What money you ask?  Maybe it's the money she lost


But I guess it's not too surprising he's reaching out to me since I was reported to the FBI 3 months ago.

So here's the email he sent.  As always my thoughts within the email are in all cap and inside brackets [].

May I have your attention please!!

[DUDE, CHILL OUT.  IF I OPENED THE EMAIL IT MEANS YOU HAVE MY ATTENTION.]

[WAIT, I THOUGHT FBI STOOD FOR FEDERAL BUREAU OF INVESTIGATION.  WHY DO YOU HAVE BOTH? DOES THIS ORGANIZATION INVESTIGATE THE FBI?]

is aware of what you've been going through

[GOOD, BECAUSE I WAS STARTING TO THINK THOSE IN WASHINGTON HAD NO IDEA WHAT WE CITIZENS ARE GOING THROUGH]

in respect that your funds that was approved to be paid to you a long time ago.

[OH, SO YOU ARE TALKING ABOUT WHAT'S HAPPENING IN WASHINGTON]

it has been almost impossible for the funds to get to you as the rightful owner.

[PROBABLY BECAUSE I'M NOT THE RIGHTFUL OWNER.]

My question is this; [INCORRECT USE OF THE SEMI COLON, BUT GO ON] are you still willing and interested in receiving your fund, at second part payment for this year 2018?

[AT SECOND PART PAYMENT?  IS THIS AN FBI TERM?]

Get back to me with your answer and further procedure will be communicated to you upon my receipt of your response to my e-mail.

I will be expecting your immediate response for it's very much important.

[OH, IT'S VERY MUCH IMPORTANT?  WELL THEN OF COURSE I'LL RESPOND.  IF IT WAS JUST VERY IMPORTANT I WOULDN'T BOTHER.]

Urgent get back to us.

[WAIT, DOES HE THINK MY FIRST NAME IS URGENT?]

[YOU'VE BEEN THE FBI DIRECTOR FOR OVER SIX MONTHS, IN THIS ADMINISTRATION YOU AREN'T NEW.]
******
I said that I was interested in getting my money back.

I then got a response back, but this time from a different email address.  davidpatrick060@gmail.com

[IT'S ROGERSMITH, NOT ROGER SMITH, AND WHAT'S WITH THE EXCLAMATION POINTS?]

This is officially informing you that i Christopher A. Wary

[I THOUGHT HIS LAST NAME WAS WRAY, NOT WARY]

acknowledge the respite of your e-mail  [HUH?] regarding the release your fund note that your fund is ready to release to you, [IS THE FBI DIRECTOR SOBER?] we want you to be serious over this matter [OKAY, BUT ARE YOU SERIOUS OVER THIS MATTER? YOU SOUND LIKE A CRAZY PERSON] and we want to guarantee you that everything will be to your success as soon as you can follow the direction today to receive your fund direct to your bank account. [HERE'S A SERIOUS MATTER, LONGEST RUN-ON SENTENCE EVER]

However, You Are Required to Provide The Followings Data's Below Again: [WHY IS THIS IN TITLE CASE?  THE FOLLOWINGS DATA POSESSES BELOW AGAIN?]
*****

It then asks for 12 pieces of information including the name of my bank, account number, routing number and swift code.  What's a swift code?

*****
Please Do Provide The Above Information Accurately, Because This Office Cannot Afford To Be Held Liable For Any Wrong Transfer of Funds [NO KIDDING, THE FBI CANNOT AFFORD ANY MORE BAD PRESS RIGHT NOW] Or Liability of Funds Credited Into a Ghost Account.  [IS THIS A DIG ON WELLS FARGO?]

YOUR ANTICIPATED CO-OPERATION TO THIS IMPORTANT NOTICE WILL FACILITATE THE ONWARD RELEASE OF  YOUR FUND TO YOUR ADDRESS.

[DID YOU NOTICE HOW AT FIRST HE DIDN'T EVEN CAPITALIZE ''i" AND THEN HE SWITCHES TO TITLE CASE, AND NOW IT'S IN ALL CAPS?]

He responded by copying and pasting a portion of the email.  The part about the ghost account.

****
okay, as the requirement we are waiting that form you

****
No Mr. Toolulah Rogersmith We only ask for your bank account to transfer your fund to you okay.

God Bells to you too!  As the new FBI Director, you'll need it.
2018 scambait Toolulah Rogersmith