Apples or Doritos?: Searching for a Healthy News Diet

December 10, 2017
Recently I went to the Newseum in Washington D.C. It isn't often I leave a museum feeling like I am forever changed, but this museum about the press has caused me to rethink how I get the news.

In 2017, I  am 48 years old.  This means that I'm an immigrant to the Digital Revolution, or what some call the Third Industrial Revolution.  As an immigrant, I still remember my homeland (what it was like before the Internet) but I've been in my new country long enough that I can speak fairly fluently without an accent (I know my way around a smart phone).

Let me tell you a little bit about what my homeland was like.  We had phones that attached to walls.  If we wanted to talk on the phone, that meant no one else could use the phone.  We also had a large television that sat on the floor in our living room.  It look like a huge dresser with a screen on it.  If someone wanted to watch a show on the television, that meant no one else could watch a different show.  If we wanted to change the channel, we had to get up off the couch and walk over to the television and turn a knob to go to a different station.  Yes, they were difficult times.

As a little girl living in my homeland, I remember getting my news one of two ways.  At night at 5:30 p.m. and when there was breaking news.  Breaking news didn't happen all that often.  It was usually when something really tragic had happened, like the assassination attempt on Ronald Reagan. Otherwise, you waited until 5:30 p.m. for a half hour summary of all that had happened that day.  There were three networks who provided a news program, ABC, CBS, and NBC.  This meant you listened to either Peter Jennings, Dan Rather, or Tom Brokaw.  Before we all listened to the same person, Walter Cronkite.

Over time, the news began to grow.  I won't get into all the reasons why, I'll just say that it did.  Within 30 years, we went from 30 minutes a day 5 days a week, to 24 hours a day 7 days a week.  And even that's not enough, they show us multiple news at once.

But even that wasn't enough.  We now have news aggregates that put all of the news sources in one place so we can see it all at once.

But that still isn't even enough.  We also have our social media platforms so that we can see what others are saying about the news.

If news were food, what would our diet look like?  What do we consume?

Everyone knows that to eat healthy, we want to consume food as close to its original source as possible.  If we see an apple, 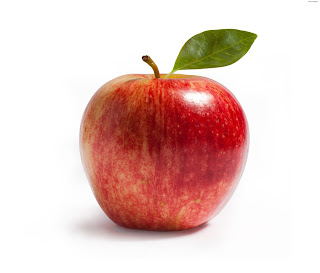 we recognize it as something that came from nature. 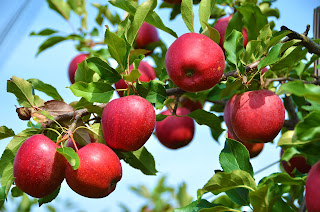 But when we see a Dorito corn chip 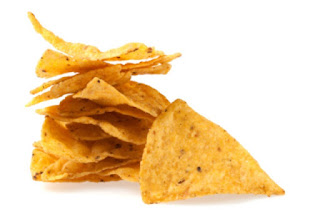 We immediately see that as something that is processed, because we know there isn't a Dorito tree.

Not everyone is lucky enough to have an apple tree in their backyard, so we have pay people to go to where the apples are, pick one from the tree, and bring it to us so we can buy it and eat it. 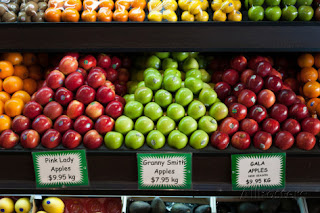 But in that same store are bags of Doritos. 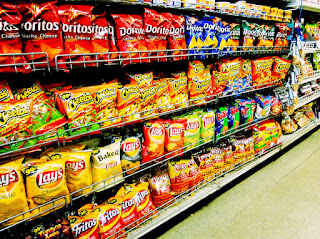 And they come in different flavors, they are salty, and addicting.  They also are pretty cheap.  It costs me about a $1 to buy one apple depending on its size.  For $3 I can get a large bag of Doritos.

The company that makes Doritos also has a huge marketing department that makes commercials and packaging to entice me to want to eat the Doritos. 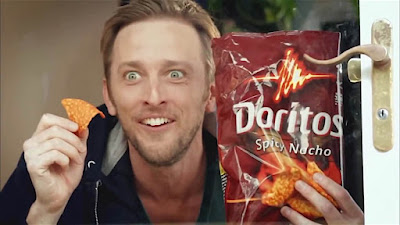 So it can be very tempting to buy a bag of Doritos instead of the apple.

And just like with apples, we can't be all over the world witnessing the news as it happens.  Someone has to bring it to us.  And we have to pay for them to do so.

And like Doritos, it's easy to get processed news. Processed news doesn't really inform you of events, but rather just gives you what is "tasty" and "addicting."  They market it as news we NEED to know.  But do we really?

Some news is easy to spot as not part of a healthy diet.  If the headline contains the word Kardashian, it's pretty safe to say it isn't something I need to know.

But what about what is happening in our government, or the environment, or our culture?  All of that feels pretty important.  This is where I think we need to look for the apples and not apple-flavored Dorito chips (ooo, that actually sounds good).  But we also need to be willing to pay for those apples, and recognize that it isn't cheap for these journalists to risk their lives and go to where the action is.

So I am beginning a quest to find a whole foods news diet.  I want to walk past all the junk food and processed food, and go to the produce section where I can find foods that I see out in nature.  I realize this will not be as easy as it sounds.

One of the first things I plan to do is take an inventory of all my news sources and categorize them.  Am I letting my Facebook friends tell me what I should think about the news?  Am I letting headlines tell me what is happening in the world?  Do I have limits as to how much news I let into my life on a daily basis?

I'll be honest, I'm not looking forward to this next step.  I know I've been eating lots of Doritos.