Negativity Bias - What we can learn from toast and basketball games

Okay, quick.  What do you put in a toaster? 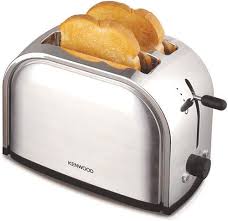 What was the first word you thought of?

Why do most people think the word "toast" when asked that question?

Our mind has a great capacity for focus.  To prove it, try this exercise.

Count how many passes the white team makes.


Were you surprised at the answer?

That's because we are also limited by how much we can focus on at any one time.

As public citizens, we can be easily distracted and tricked into caring about issues we don't really need to care about, at least as much as others would have us believe we need to.

A candidate running for office can start crying at each rally, "We need to do something about our _________."  You went to the rally to learn more about the candidate, yet you walk away thinking about what ever he filled in the blank with, whether it's high taxes, crime, emergency services, or the sewer lines.

Should we care about those things?  Absolutely.  But what the candidate is able to do is to get you to care more about that issue than before you attended the rally.   It's because of something called Negativity Bias.

Psychologists Paul Rozin and Edward Royzman have shown that a negative perspective is more contagious than a positive perspective.  Language analysts have determined we have in the English dictionary TWICE as many negative emotional words as we do positive ones.

As active citizens, we need to be aware of our propensity for the Negativity Bias.  It can affect how we vote and who we vote for.

Let me give you an example:

In 2013, the City of Pleasant Grove held a Truth in Taxation meeting informing the citizens that a new tax to pay for a Public Safety Building would come to about $12/month per household (on average.)  Most at the meeting were supportive of a new Public Safety Building and asked if it could be a General Obligation bond (where the citizens vote) instead of a Municipal Building Authority bond (where the City Council votes) in order to get a lower interest rate.  Seems reasonable, right?

The city then became divided between those who supported higher taxes for adequate space for a struggling Police department (who were storing evidence in an elevator shaft) and a crumbling Fire Station (literally, the inspector wouldn't even enter certain parts of the building) and those who wanted the roads improved.

Three years later, the citizens finally voted for a Public Safety Building.  But not before cutting the cost down so that the building will only last about 20 years instead of 50.  The savings?  About $3/month per household.

Now the residents are driving on the roads every single day thinking about the quality of the roads.  Each driver is now much more aware of each and every pothole.  As they drive past gorgeous mountain views, through relatively crime-free neighborhoods to take their kids to soccer practice they think, "Something has got to be done about these roads!"

Turns out that this city hasn't been all that effective in maintaining and repairing the roads.  They were definitely falling behind in keeping up with all the damage the cars and weather were doing to the asphalt, you know like everywhere else in America.  But Pleasant Grove is now focused on it because their attention was drawn towards it (the toast) and we can't focus on everything at once (the basketball game).
Then the problem came to a head in 2017, five men came forward with an initiative that would force the City of Pleasant Grove to spend 18% of its General Fund budget to fix the roads.  They claimed that the 18% could easily be found if the city would "trim the fat" of its budget instead of the city charging a $20 road fee per household.

Imagine your boss telling you your salary will be cut because you are spending too much on your household budget and they think you should be able to reduce it by almost one-fifth.

Their justification for this initiative is that the citizens want to see the roads repaired.  In fact, they claimed that a survey revealed 78% of the community wanted roads funded first before anything else.

So if your house is on fire, you're more concerned about the trip your firefighters have than if there is water in their hoses?

You are more than happy to drive to a neighboring city so your kids can have swimming lessons as long as you don't hit a pothole along the way?

You don't mind if restaurants choose a different city offering tax incentives as long as their customers can drive through your town and think, "What nice smooth roads I'm driving on as I pass by this town with no places to eat."

Really?  Before anything else?

Have the road conditions changed all that dramatically in the last four years for Pleasant Grove?  Not as dramatically as the residents' attention to it.

As I'm writing this, the City Council is currently trying to figure out what else they are going to cut in the General Fund, which is 75% salary and benefits, in order to respond to this initiative.

What types of "fat" will need to get trimmed in order to pay to fix all the roads in the city?

Which according to the initiative is dire.

I've been to Haiti, don't use the word "dire" to describe Pleasant Grove roads around me.  Until the roads look like this, the situation is not dire. 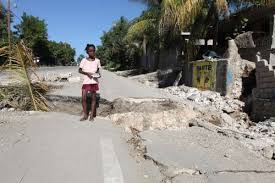 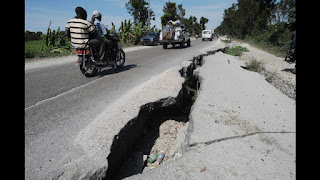 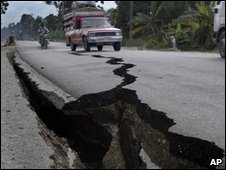 Here are some services that could easily be on the chopping block:

Strawberry Days (an annual city celebration including concerts, amusement park, rodeo, and of course strawberries and cream)
Holiday lights on main street
Story time at the library, so long Mrs. Claus!
Youth sports and other after-school programs
Training for the police which requires 4 hours of travel
Heritage Festival (annual birthday celebration for the city)

Do you think this totals to 18% of the General Fund?  You're right, not even close.

But here's the saddest part to me about this whole story.

The city already has plans to increase their road repair and maintenance 2018 budget by 50 percent.  But the authors of the initiative say that's not enough.  The road fund should be fully funded before all other services.

What goes in a toaster again?

So how can we fight this Negativity Bias and not let extreme lobbyists and politicians tell us what we should worry about, making us focus on issues that don't need as much attention as others?

Here are 6 Tips adapted from Dr. Rick Hanson's article "Confronting the Negativity Bias"   and "Ten Strategies for Overcoming Negativity Bias and Increasing your Quality of Life"

1. Be aware that your mind is wired to make you afraid.  Activists and politicians will work to play upon your fears.

2. Pay attention to those who are beating the drum of warning.  Critically consider what you are being told.  Do they have sufficient evidence to prove that it is true?  Are the warnings empty or exaggerated?

3. Pay attention to the positive services a government provides.  Dr. Hanson says negative experiences stick like velcro, positive ones are like teflon and harder to "stick."  Recognize that we can easily remember negative things our government does but it's hard to remember positive ones.

4. Express gratitude.  Because we remember negative experiences more easily, we tend to complain more than compliment.  When was the last time your complimented your local librarian?  Have you ever written your elected official a thank you, especially if you don't vote for him or her?  Expressing gratitude for what is going well will give you a stronger voice if you want to say something about what you'd like to see improved or changed.

5. Maintain a 5 to 1 ratio.  Every time you drive over a pothole, or see that broken sidewalk, think of 5 things your city does for you that makes your life better.  It won't make the pothole go away, but it will definitely help you feel better about the place where you live.

6. Find out what you can do to be part of the solution instead of complain about the problem.  It's so easy to say, "Someone should do something!"  Be that someone.  Do something!

Warning, if you live in Pleasant Grove, or anywhere else for that matter, please do not attempt to repair roads yourself.  This could create danger to you and to those driving on those roads.  There are many more effective and safer ways to help.

No matter where we live, whether it's a quiet suburban neighborhood, or a busy urban city, it's easy to find what is was wrong and look to our representatives to fix it.  As well they should.  But let's not fall victim to the negativity bias and rally to have them fix something that could create unintended consequences or worse create even more expensive problems to solve later on.