Mom, I want to go to Princeton.

November 19, 2015
About eight years ago, my nine-year-old Alice Pack​ was home sick from school.

She walked into my office and asked, "Mom, could we look up the admission requirements for Princeton?"  (Remember, she's nine!)

I looked on the Internet and found the admission requirements.

"Now, can we find out how many of those admitted come from public schools?"

She then proceeded to look at average ACT scores, average GPA, average class rankings, etc.  I however was looking at the tuition costs.

"Why are you interested in looking at Princeton?"  I asked in as calm a tone as possible.

"Because I want to go there someday," she answered.

"Alice, you can do whatever you set your mind to do, but why Princeton?"

"Because I want to go to an Ivy League school."

For years, all Alice would consider was Princeton.  We even bought her a Princeton pennant to hang in her room to inspire her.

Finally, as her career goals became more solid,(astrophysics) she now has her sights set on the University of Hawaii for her PhD program.  (Hooray!)
Eventually, the Princeton pennant came off the wall, and we haven't talked about that school for a few years now.

A couple of weeks ago, we got an envelope in the mail. 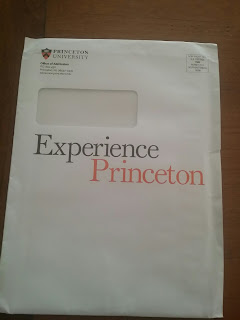 She has already accepted a four-year full tuition scholarship to a school with a great biological engineering program, so it joined the pile of all the other unopened envelopes from colleges around the country.  I finally decided to open it.  And I read the words 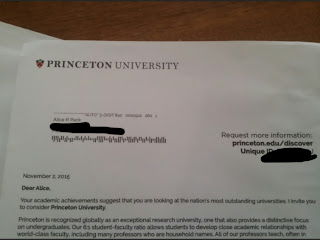 "Your academic achievements suggest that you are looking at the nation's most outstanding universities.  I invite you to consider Princeton University." I was tempted to write them back and say, "Oh, she already has."

While Princeton will most likely never meet my amazing daughter Alice.  We owe so much to Princeton for her success.  They created a high bar that she has worked hard to reach.  That school opened her eyes to what is possible.

I'll always have a soft spot in my heart for Princeton, and not just because they have the same colors as my favorite holiday! 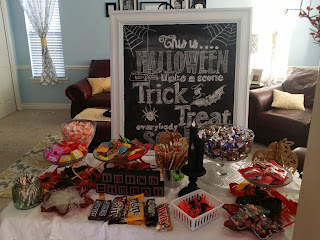