May 12, 2020
A common telling of the story of Abinadi, the prophet who was burned by fire, is how he died thinking he hadn't converted anyone. 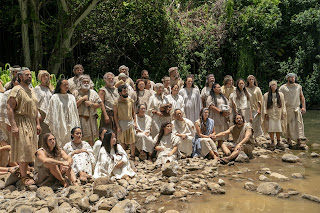 Now I don't want to disparage this lesson because I think it's a good one.  We never know the impact that we leave on others.  Rarely do we get a list of names of people who changed their life because of something we did or said.

But what I'd like to do is think of this story a little differently.

Let's look at Abinadi's story a little more closely to see if we can gain some insight as to what he might have been thinking as he burned to death.


Lots of evidence point to the fact that Abinadi was well known in the community.  Some scholars even speculate he was one of the priests ousted when Noah became king.

That might be why he had to enter into the city in a disguise. 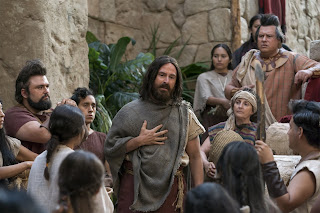 The joke often told is that he ruins his disguise by saying his own name.  But actually the more likely scenario is that he just needed the disguise to get back into the city.  Once he was where he needed to be, he could speak freely.

It's like missionaries today.  Even when working in a t-shirt and jeans, they still wear their name badge.  Missionary work isn't about tricking people into listening to you.  Being willing to put on that black name tag can be a big deal in some parts of the world.

"Go and turn these people around."

"Go and convert one of Noah's priests." 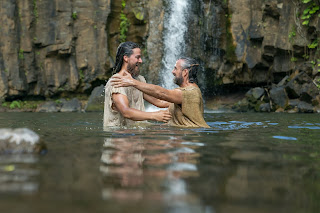 "Go and save these people from bondage."

In fact, the Lord makes it pretty clear how this is going to end.  He says they will be brought into bondage, killed, and their flesh eaten by dogs and vultures.  (see Mosiah 12:2) I wonder how many today would be willing to go on a mission if they knew that was what was in store for the people they taught.

Missionaries are called to serve at a certain location and for a length of time.


But even that isn't set in stone.  The call reads,

"It is anticipated that you will serve for 24 months."

"It is anticipated that you will baptize 24 souls."

"You will not be allowed to change mission locations."

"At no point can your mission be suspended temporarily or permanently."

It uses the word anticipated.

It means probable or expected.  Again, not set in stone.

ABINADI KNEW WHEN HIS MISSION WOULD BE OVER


Abinadi had a clear understanding of when his mission would end.  He didn't need a wooden plaque with dates on it to let him know if he had "finished" his mission.

At one point King Noah tells the priests to kill Abinadi. 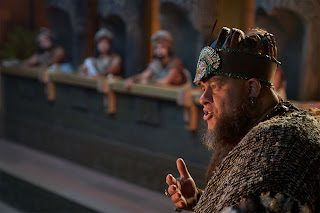 Abinadi wouldn't have any of that.  He says,
"Touch me not...for I have not delivered the message which the Lord sent me to deliver..." 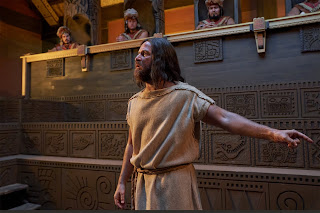 He knew that he hadn't said what he needed to say.  But he also knows it's not going to end well for him either.

"God will not suffer that I shall be destroyed AT THIS TIME."  (see Mosiah 13:3)

At this time?  This tells me that Abinadi knew that once he had delivered the message he was supposed to deliver, he'd be destroyed. 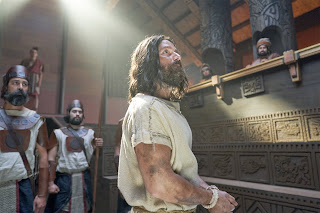 Fortunately, missionaries today aren't burned at the stake at their homecoming.  They have a much simpler (and safer) way of knowing their mission has ended.  They are released by the Stake President.

Sadly, too many people have the wrong notion that it's possible for a mission to end early.  They ask,
"Did you finish your mission?"

When you think about it, that's a weird question.  Are they wearing a black name tag? No?  Then they finished their mission.

"Did you finish your mission early?"

"No, it finished when it was supposed to."

I think we could do a lot of good if we stopped asking missionaries questions about their length of service.  Honestly, it just doesn't matter.  And trust me, returned missionaries don't like answering that question, especially when they did not serve the anticipated time as stated in their mission call.

ABINADI DIDN'T THINK HE HAD FAILED


When Abinadi receives his sentence for his supposed "crime."  His reaction reveals that he doesn't take this as a failure.  In fact, quite the opposite. 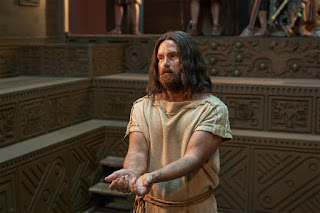 "This shall also stand as a testimony against you at the last day." (see Mosiah 17:10)

"Wait! Hold on!  Raise your hand if you believe my words." 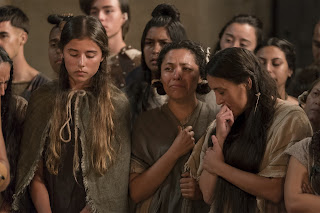 Abinadi doesn't need to say that, because he already knows that there are some who believe his words.  As the flames begin to burn his body, he prophecies one last time.

Did you catch that?  Let me show it to you again.

He was saying, "there are people out there who believe my words."

Now, usually we tell this story as Abinadi's teachings converting ONE soul, Alma.  So who is they?

We get a clue as to who Abinadi might be talking about in Mosiah 20:21.

"For are not the words of Abinadi fulfilled..."

Who is speaking there?  It's Gideon, not Alma.  So Gideon also knew about Abinadi and what he taught.  Remember at this point Alma has already left with his people to the Waters of Mormon and on to Helam.  In the book of Alma we find out that Gideon was a teacher in Zarahemla.  So he too obviously had been converted.

But more importantly, can we stop telling missionaries, whose missions don't end they way it was anticipated, we feel sorry or bad for them because they didn't get to finish their mission?  I know we don't mean to, but we actually are making them feel like they somehow failed.

I'd like to end with a story I recently read that happened quite a few years ago.  I won't repeat the names or locations, but I think it offers a poignant look as to why what we say to missionaries matters.

A mission president was interviewing a missionary about to return home.  He asked him how his mission went.

The missionary replied that it was a waste of time and his dad's money because all he did was baptize a 12-year-old boy.

The mission president decided to follow the life of the young converted boy.  He later discovered that he became a father of missionaries who baptized a total of 1100 people.

The story ends with the thought, "See?  You never know the good that you do."

This story inadvertently teaches that we measure the value of a mission by the number of people who join the Church.

My hope is that the part of the story left out is when the mission president said to the troubled missionary,

"Did you serve the people in this location?  Did you preach the gospel of Jesus Christ?  Did you bear your testimony in both word and deed?  Yes? Then you didn't waste your time or your dad's money.  You can return with your head held high for successfully completing your mission."

And to all the missionaries whose mission did not or is not going as anticipated.  I'd like to ask you this.  Did you put on a black name tag?  Did you teach the gospel by your actions and your service? You did?  Then you can be at peace.

And whether we've been formally called to serve a mission or not, we too can know if we have accomplished what it was the Lord had in mind for us—no matter what it may look like. We can be confident that we did not fail... just like Abinadi.


For a modern humorous retelling of the Book of Mosiah, click here.


Update:  About the same time as the writing of this article, the First Presidency of the Church of Jesus Christ of Latter-day Saints announced that display cases of missionary plaques in foyers are to be replaced with artwork of Christ.

As a current member of a BYU YSA ward, I can't tell you how thrilled I am with this news.  Those who did not finish their mission at the same time as the end date on their plaque have expressed to me how difficult it is to see those plaques on display in the foyer.  It may seem like a small gesture, but what better way to let these struggling returned missionaries know that missions don't save us, Christ does.

All photos are from the Book of Mormon video series unless otherwise sourced.