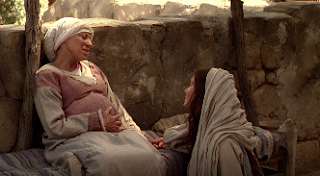 These women were cousins, but at first glance they don't seem to have too much in common.  One is old, the other is young.  One is married, the other is a virgin.  Yet as I study their lives, they actually have quite a bit in common.  They also have some powerful lessons to teach us.

First let's look at the mother of Jesus.

When the angel Gabriel (Noah) appears to the virgin Mary, she was betrothed to Joseph. 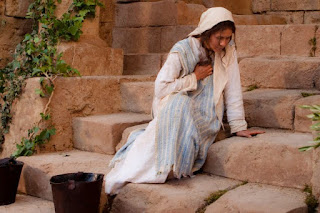 A betrothal in ancient Biblical times is not like an engagement today.  Here are a few key differences:


Keeping this in mind, it's easier to understand what it meant for Mary to tell Joseph in person that she was with child. 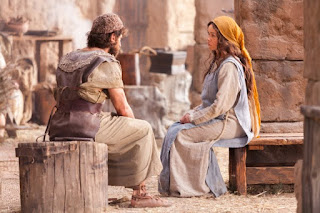 It was grounds for a divorcement and Joseph could even legally have her killed.  At the very least she would be publicly shamed.

Now let's consider the mother of John the Baptist.

Unlike, Mary, Elizabeth was an older married woman.

Elizabeth was barren, meaning she couldn't have children.  Again, this had a much greater implication than it does today.


Women who were barren were disgraced for two reasons:

1. They could not have children; therefore, they could not make their husband a father in Israel.  This meant that they wouldn't have any children to care for and protect them in their old age.  Additionally, many hoped that the Messiah would be born through their lineage, with no children, this was not a possibility.


2. Barrenness was considered a punishment from the Lord.  Many thought that a woman became barren as a result of being unfaithful to her husband.  Barren women were a victim of gossip and ridicule in their community.

When Zechariah tells his wife that they will have a child, imagine her joy.  She feels the Lord is looking on her favorably and she will no longer be reproached by others.

Mary's visit to Elizabeth must have been a tender time for each of them. 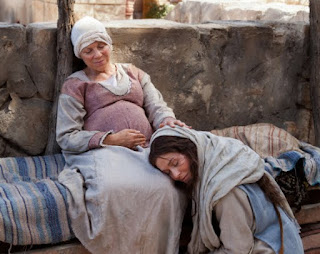 Both were favored by the Lord.

Both were with child miraculously.

One had faced public shame for not being pregnant, one was about to be publicly shamed for being so.

Both showed great faith and humility.

As I study what it meant for these two women be with child, I can't help but ask:

Why did Heavenly Father select two unlikely mothers, a virgin and a barren woman?

As I think about these brave women, a few lessons come to mind.

Before Gabriel's visit, pregnancy most likely was the furthest thing from Mary's mind.  I doubt it was something she was praying would happen to her since she was betrothed and a virgin.  On the other hand, Elizabeth had probably spent many nights on her knees for several years tearfully pleading for a child. 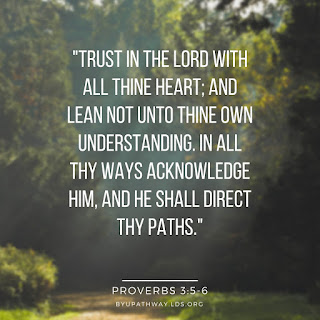 We can follow Elizabeth's and Mary's examples and trust that the Lord is directing our paths no matter what lies before us.


Lesson #2 - Wait patiently on the Lord

We don't have any evidence in the Bible that Mary broadcast to all of her friends the events that transpired leading up to Christ's birth.  In fact, Luke tells us that she "...kept all these things, and pondered them in her heart." [Luke 2:19].  I imagine it would be difficult to keep such a special experience from the world for a long time, especially when it vindicates you.

Note: It's interesting to observe that the only other apostle to recount the nativity is Matthew. He doesn't give near the detail that Luke does.  How could Luke, who had never known the Savior, know about the immaculate conception in such great detail?  If he did get the story from Mary, as tradition states, she had been keeping that in her heart a very long time.

Tradition also tells us that Elizabeth was probably around 88 years old when she had John the Baptist.  Even a fertile woman at that age didn't have much hope of conceiving a child, let alone a barren one.  Despite her faithfulness, she was treated by others as if God was punishing her.  But she knew in her heart that she was righteous and faithful and endured the disgrace for many years. 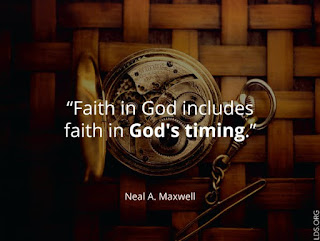 We can follow Elizabeth's and Mary's examples and wait upon the Lord's timetable and not demand it be done when we think it's best.

Because of the traditions during their time, both Elizabeth and Mary had justifiable reasons to worry about public disgrace.  Yet they showed great faith in the Lord and a desire to do His will.

"...fear ye not the reproach of men, neither be ye afraid of their revilings."

Sometimes following God can expose us to ridicule from the world.  We can follow Elizabeth's and Mary's example and not concern ourselves with the reproach from others.

Thankfully we don't live in a time when unwed mothers are killed nor barren woman are shunned (at least not in Western culture).  But we still live in troubled times.  This week I am going to try to follow Elizabeth's and Mary's examples with the following action plan:

1. Think of a blessing that I have not yet received, or one that I did not ask for.
2. Evaluate my attitude towards that blessing.
3. Pray for an increased ability to trust in the Lord and in His timing.
4. Strive to have an eternal perspective concerning this blessing and not to view the situation through the world's eyes. 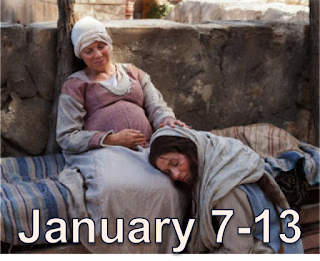