Toolulah's Back! And She's Getting Reported to the FBI!

January 11, 2018
It's been a while since I've had time to do some scambaiting, but getting sick over the holidays freed up my schedule to stir up some trouble.  There are just so many Hallmark movies one can watch.

So one day, I was looking through Toolulah's emails and found this gem: [MY THOUGHTS ARE
IN BRACKETS AND IN ALL CAPS. I bolded the words that jumped out at me as funny.] 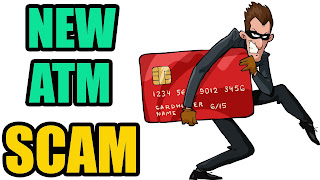 This is Mr Frank Edward. the Former United States [ARE WE NO LONGER THE UNITED STATES???] Ambassador to Republic of Benin, [NO FRANK EDWARD WAS EVER AN AMBASSADOR TO BENIN, I LOOKED]

I came down here in Cotonou Benin Republic for an ECOWAS meeting [ECOWAS SHOWS NO RECORD OF ANY MEETINGS IN BENIN IN 2017] and I was searching for some files that I left in this office before I left [JUST HOW MESSY IS THIS OFFICE?] and found out that you have not received your fund, and I asked the present ambassador Mr James Knight


what happened that you have not receive your fund since months ago, [SHE'S BEEN THE AMBASSADOR FOR YEARS] and he said that you refused to pay the required fee for the delivery of your ATM CARD. [I LOVE HOW HE MAKES ME FEEL LIKE IT'S MY FAULT FOR REFUSING TO PAY THE FEE. THIS SHOULD GIVE YOU A HINT AS TO HOW THINGS ARE GOING TO GO.]
I'm contacting you this morning because the director of the ATM CARD center here in Benin Republic [WHY WOULD THIS GUY BOTHER TO CONTACT THE DIRECTOR OF THE ATM CARD CENTER?] said that they will divert your ATM CARD to the Government Treasury [THE TREASURY USES ATMS?]  just because that you cannot pay for the service fee of your ATM CARD which is $105.00 only according to them. [SO ONLY THE DIRECTOR THINKS THE FEE IS $105.00? WHAT DOES EVERYONE ELSE THINK?]
But I told them to wait until I hear from you today [THAT WAS GENEROUS OF YOU.] so that I will know the reason why you rejected such amount of money $5.5 Million which will change your life [HOW DO YOU KNOW $5.5M WILL CHANGE MY LIFE?  MAYBE I'M ALREADY REALLY RICH AND DIDN'T WANT TO BE BOTHERED!]  just because of $105.OO [ARE THOSE ZEROES OR THE LETTER "O"?]
I want your urgent response as soon as you receive this email and explain to me the reason why you have abandon your ATM CARD [IS MY ATM CARD ON THE SIDE OF THE ROAD WITH A CARDBOARD SIGN BEGGING FOR FOOD?]  because of $105.OO But if you don't need it then I can change your name to another person [MAYBE TO MR FRANK EDWARD?] so that this Government will not claim this money but I know that you will love to have it. [MAYBE I DON'T LOVE MY ATM CARD, MAYBE THAT'S WHY I ABANDONED IT!]
My dear [I THINK MR FRANK EDWARD HAS A CRUSH ON ME.]  I want to help you to receive this fund because it was a big shock to me [HE'S REALLY EMOTIONALLY INVESTED IN THIS ATM CARD!] that you have not receive your ATM CARD and withdraw your money since months ago you will receive your fund before the end of this meeting. [WAIT, WHAT?  I WILL RECEIVE MY FUNDS MONTHS AGO?  CAN THIS ATM CARD TIME TRAVEL?]
This is where you should send the fee today and don't fail to do that as I have said.
Receiver Name==== Frank Chi [WHAT A MINUTE, THAT'S YOUR NAME!]
Country =======Benin Republic
City ============= Cotonou
Text Question ===== When
Answer ============ Now
Am ount ======== $105.00
Sender Name ==== [HAVE YOU FORGOTTEN MY NAME ALREADY?]
Mtcn ====
I will wait to hear from you today with the mtcn number.
Your Sincerely [MY SINCERELY WHAT?]
Mr Frank Edward
Tale: +22968074155 [YOU NUMBER YOUR STORIES?]

I have learned to hook a scammer so they go off  script, I have to keep my email short.
I say, "$105 is too much money I don’t have it"

He took the bait and went off script immediately.

How much can you be able to come up with?

Am waiting for your urgent respond.
Thanks

If you recall, I have a goat that has been causing me problems.

If you are interested in receiving your funds then you have to try and come up with $75.

This guy is tough.  He's only knocked off $30 from the initial fee.  Wait a minute!  Didn't he say the director of the ATM Center told him what the fee was?  How is he able to negotiate the fee?

Before I can respond, he sends me another email.

You will send the fee through Money Gram or western union  with this information's below.

Based on the test question and test answer, I think he's getting frustrated with me. I try to talk him down.

Maybe I could round up some more cats or something.
He definitely is off script now.

Hello i received your email and i want u to try as much as you can to send $50 today.

Am waiting to hear from you today with the payment slip.

It's at this point I want to go out of character and ask "try as much as I can? Do you think being poor comes from not trying hard enough?"  Ugh!  But I resist.

I can’t do $50. Maybe we could come up with a different plan.

Now I've got him confused.

How do u mean?

I ask, "Is there something else I could do besides pay the money?"  Within reason of course.

No,  you have to try as much as you can to raise the $50 because your first payment is ready and the only delay right now is the transfer fee.

So you have to try and send the fee today.

Again with the trying!  This IS me trying.  He writes again.

You will send the fee through Money Gram with this information's below. [SO I CAN'T USE WESTERN UNION ANYMORE?]

I write back "Do you have any suggestions as to how I can try to come up with $50?"

I always like to see how creative these scammers are.  Turns out this guy isn't very creative.

Dude!  I live in New York City.  If I owned property, I wouldn't be worried about getting a $5.5 million ATM CARD!!!

I don’t own any property.

Then he calls my bluff.

In that case you have to send the $25 immediately i will help you with the remaining balance.

Am waiting to hear from you with the payment slip.

Now this gets me thinking.  If he's in a position to help me with the remaining balance, why wouldn't he be willing to pay the whole thing?  After all, I could pay him back.  I mean I will have $5.5 million after all.

This is when I woke the beast.  He got really angry.  Here's the edited version.

[BLEEP] you and stop contacting me.

I am reporting you to the united state FBI right now.
Stupid fool

Oh, I'm sorry!  Do strangers asking you for money via email make you angry? You poor thing!  Sheesh! 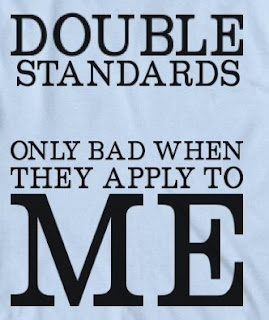