Cinderella and other Dangerous Disney Princesses

June 22, 2016
Today, my friend told me about a new study conducted by BYU concerning Disney princesses.  They have found that the more girls engage in "princess media" the  more likely they will have low confidence in science and math, be afraid to get dirty, have a poor body image, and seek role models based on beauty.

You can read the full article, "Disney Princesses: Not Brave Enough," by clicking here.

I didn't really, yet for some reason I never wanted my daughters to get caught up in the whole Disney princess craze.

You are probably thinking, "Why?  What's the big deal?  It's fun to pretend and play you are a princess."

Don't get me wrong, I did let my girls play dress up.  I just never encouraged them to dress as princesses.

For Halloween, my oldest daughter was Pocahantas. 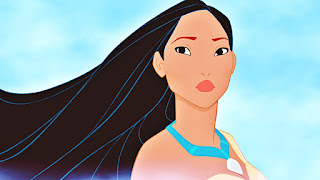 Which  by Disney standards is a princess.  But unlike so many of the others, her character was strong and independent.

My youngest daughter, named Alice after my grandmother, loved everything Alice in Wonderland. 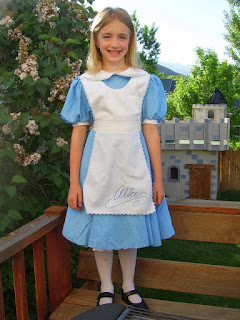 So I'm not against dress up and pretend, I just don't like Disney princesses.

And I never have.

I'm not particularly passionate on this subject.  I just didn't like the idea of my kids singing "Someday my prince will come."

It wasn't until I read the BYU study that I remembered why.

When I was in high school, I competed in speech and debate.  One of my best categories was oratory.

You can read more about my life as a speech student by clicking here.

When competing in oratory, you got to know your other competitors speeches really well.  One competitor talked about something called the Cinderella Complex, which is basically a fear of independence and a desire for a man to provide for you.  She said that some women will even stand at a door and wait for a man to come by and open it for her.

Keep in mind this was in 1985.  At the time the only Disney princesses we knew about were Snow White, Cinderella, and Aurora, and those movies were released in 1937, 1950, and 1959 respectively.  We hadn't had a new princess movie in over 25 years.

The dolls I played with were:


So when this student stood up and talked about the dangers of getting a Cinderella Complex, I thought who would want to be like the old-fashioned Cinderella? 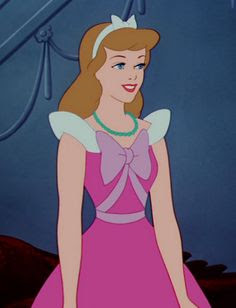 Most kids were busy thinking of names for their newly adopted Cabbage Patch doll. 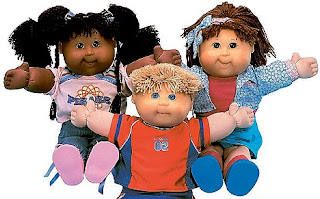 But fortunately, I never forgot her speech.

After I graduated from high school, I moved away to college.  I could see the beginnings of the Cinderella Complex with people I went to school with.  This is just a small representation of what I heard on campus.

"I don't know why I have to study biology.  It's not like it has anything to do with being a mother."
~Two freshman walking into Biology 100
"I'm not going to pick a major, I'm just here to get married."
~One of my roommates

"Why are you bothering with molecular biology?  It's not like you can do anything with it once you get married."~My fellow male students after I told them what I'm studying.  (I heard this many times.)

My college years woke me up to the fact that the Cinderella Complex was real... and I didn't want my daughters to get it.

So when my children were born, they weren't allowed to watch Cinderella.  We didn't make a big deal out it, we just didn't own the movie or talk about it.  When my kids played at other homes, if I saw the movie out, I'd just polite ask that it not be shown in my kids' presence.

Extreme?  Crazy?  Out of Touch?  Maybe, but I just didn't want my kids to see a girl's problems get solved by sitting in a room crying while little mice and birds do all the work. 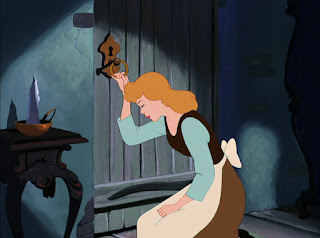 I finally introduced my kids to Cinderella when the movie Ever After was released with Drew Barrymore.  I still think this is the best version of Cinderella out there.  My favorite scene is when Cinderella frees herself from her captor. 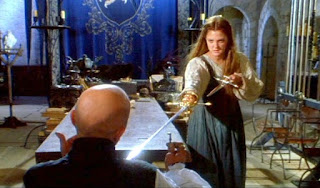 This was a movie I could get behind.

Before you call Child Protective Services and report me for depriving my daughters of "feeling like a princess" let me assure you they are just fine.

In fact, they are more than fine. 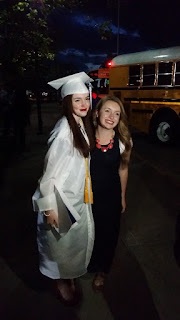 They are two of the strongest, most independent women I know.

You can read more about my incredible daughters by clicking on the following articles:

You Need to Fail