April 19, 2013
Very few people know this about me, but my absolute dream job is to be an alfalfa farmer.  When I tell people this, they don't believe me, but I promise you I dream about this job all the time.  Here's the story as to why.

I remember tasting the sprouts and thinking they were the best thing I had ever tasted.  I asked my mom if I could take them to Show and Tell for my kindergarten class. 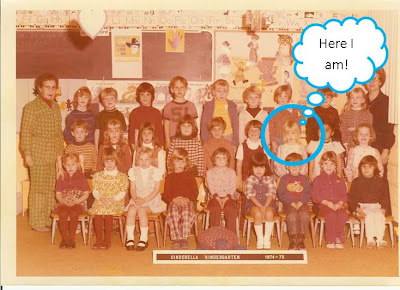 So I took the whole pan of alfalfa sprouts so that everyone could have a taste.  One of the students looked with disgust at the spindly green sprouts.  He backed away and declared as loudly as he could.  "I'm not a cow!" 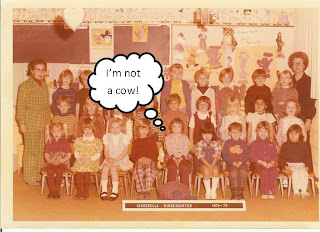 Why wouldn't he try my new fancy gourmet treat?   And what on earth did cows have to do with alfalfa?  I was genuinely confused.  And hurt.  Can you imagine hurting the feelings of this sweet face? 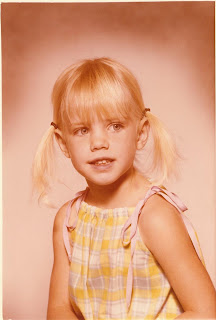 The next real introduction to alfalfa was when I worked for my dad with Buchanan Consultants.  I would drive out to the Navajo Coal Mine owned by BHP to identify and measure plants.  I learned how to identify an alfalfa plant. 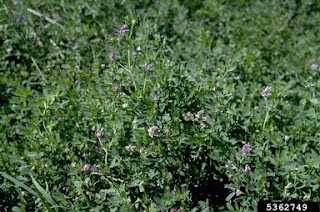 In fact, I would practice while driving through the Indian Reservation at 70 mph.  I'd yell out the scientific names of the plants that I could see from the highway.

I have now officially removed all doubt
that I am a certifiable nerd!

That was when I learned that when you harvest alfalfa (which strangely enough is fed to cows) you can get up to about 5 cuttings in one season.  To me this seems like the perfect crop.  Sow once, reap five times.  And it's a perennial, so even better! 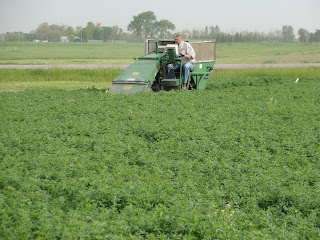 A couple of years later, in 1992, my new husband and I went to a sandwich shop in Durango, Colorado next to the Ralph Lauren outlet store. 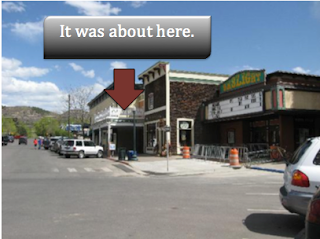 They sold something I had never seen before.  A sandwich using a bagel instead of bread.  A bagel sandwich! Who has ever heard of such a thing?  And guess what they put on it?  Alfalfa sprouts! 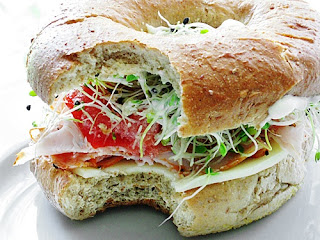 Alfalfa sprouts on a sandwich made from a bagel?  Durango, Colorado has many wonderful and strange delights!

A few years later, I went into the kitchen and found my oldest making himself a sandwich.

No, that is not photo shopped.  He is making an alfalfa peanut butter sandwich.  I was disgusted.  Alfalfa sprouts and peanut butter?  Gross!  I couldn't help myself, I tried it.

It was actually good!

Have you ever had celery with peanut butter spread inside?  It tastes sort of like that.  It's not something I'd eat every day but it's pretty good.

Then in 2006 we moved into a home in the suburbs.  Mixed within the subdivisions were some remaining farm land, including an alfalfa field.

I was in heaven.  I got to drive past an alfalfa field almost every day.  I loved to look at the field and see how the alfalfa was doing.  To me the first sign of spring is when the alfalfa plants start to green and begin to grow.  I loved to count how many times the farmer cuts down the alfalfa each year.  Occasionally I was lucky enough to actually get to see him out there on his tractor cutting the alfalfa.

Once he cuts the alfalfa, he leaves it there to dry.

He leaves the bales out to dry some more, and then eventually takes them away for storage.

The process then starts all over again.

But one time, something went wrong.  He cut the alfalfa and left it to dry like always.  Then it began to rain. 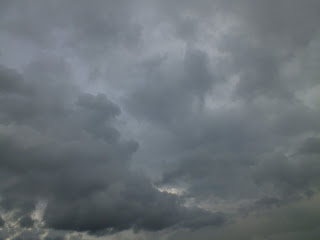 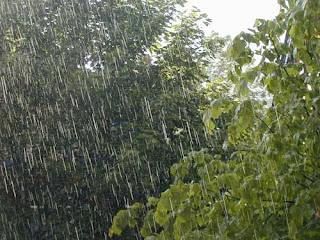 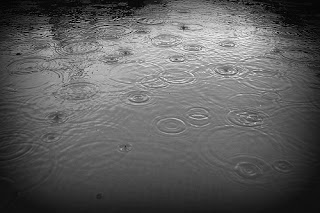 As it continued to rain that June, I would drive by and see the alfalfa getting wetter and wetter.  It didn't get a chance to dry.  I began to get really worried.  What was the farmer going to do?  He needed to turn the alfalfa over.  It was going to get moldy.  The new crop didn't have room to grow.  He'd have to throw it away if he didn't do something quick.  Ack!!!

Then one day, the alfalfa was gone, and the new plants shot right up.

It was after this experience my son, Bruce, made an interesting observation.

"Mom, do you realize we can't drive past this alfalfa field without you saying something about it?" 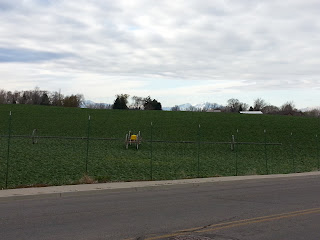 He was right.  Every time we drove past, I'd make an observation.

"Looks like he's due for a cutting."
"The alfalfa came early this year."
"Wonder if he'll be able to squeeze another cutting in."

Then one day, a Certain Englishman got to meet the alfalfa farmer.  He came home and told me about it.  The first question I asked was, "What happened to the alfalfa during that heavy rainstorm?  Why did he wait so long to move it?"  The answer?  He had gone on a trip to Alaska.

I wish he had told me, I would have taken care of it for him.

Okay, stop laughing.  I would have!

I told a Certain Englishman that since he knows who the alfalfa farmer is, maybe he can arrange a special birthday gift for me.  Not like the one he got me for my 38th birthday, but even better!  I told him that I want to ride with the farmer in his tractor when he cuts the alfalfa.  I have yet to receive this for my birthday, sigh.

But I still hold onto my dream that one day I can become an alfalfa farmer.  Until then, this will have to do.

Place one Tbl. of alfalfa seeds in a mason jar.
Place a screen over the top of the jar and secure with a ring.  (I use window screen material)
Soak in water for 12 hours.
Drain.
Every 12 hours (I do it each morning and night), fill the jar with water, swirl it around and then drain the water.
Alfalfa sprouts are ready to eat in about 3 to 4 days. 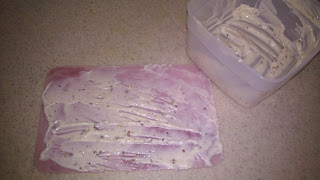 Place thin slices of a dill pickle on the meat. 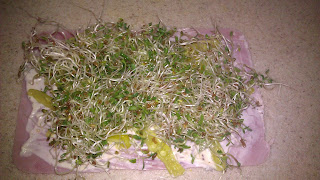 Roll and secure with a toothpick. 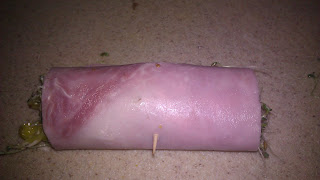