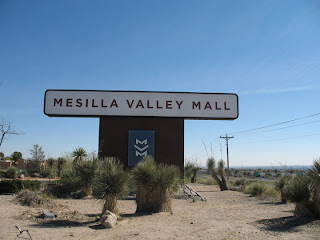 The great thing about this mall was that it was new, it was big, and it was on our side of town.  My friends and I got to go to this mall, all by ourselves.

Before long we developed sort of a routine.  Seems like we always went to the same places.

First, one of our moms would drop us off at the entrance closest to the video game arcade, Yesterdays.  Karen and her sister, Jeannie, usually had more quarters than me.  I remember that Karen was the best at Pac-man.  I would watch her play level after level before she got killed by a ghost.  She was really good.

But as good as she was at Pac-Man, she was even better at Joust. 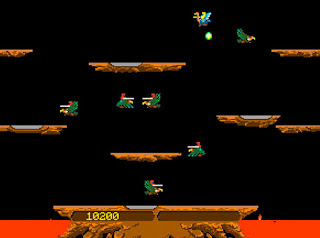 I could barely handle Burgertime.

Qbert was really hard for me to play.

The optical illusion of the boxes kept messing me up.

Eventually a new game came out and everyone wanted to play it--including me.  I remember thinking it was the coolest game ever.

Maybe I loved it so much because eventually I would become Mrs. Pack Man myself!

Once we ran out of quarters (I usually ran out first), we'd make our way around the mall.

Our next stop was a store that was right next to Dillard's.

I bet you can't guess what they sold.  Okay, you are right.  They sold candles.  But not just any candles.  They sold candles that had scents!  This was unheard of in 1981.  Candles you could smell?  We would walk in and head straight to the votive candle display and pick up every single color and smell it.

For a couple of years we would buy each other votive candles as birthday presents.  I remember buying my friend Barbi a blueberry votive.  I really liked blueberry.  Maybe because I thought it smelled like my favorite doll. 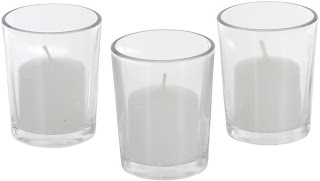 After we smelled all the votives in the store, we moved on.  Much to the relief of the workers I'm sure.

As we walked towards the other end of the mall, we would come to a place that sold candy by the pound.  The store was Morrow's Nut House.

I usually would buy 40 cents worth of this candy.


If I had enough money, I liked to go the Dairy Queen which was inside the mall.  I'd get their meal deal which was always $1.97.  It came with a token that you could redeem for a soft serve cone. 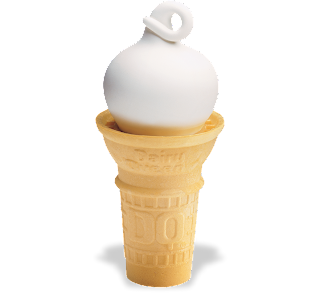 Since the food court was pretty much at the other end of the mall, we'd usually turn around at this point and back track walking on the other side.

A couple of years later a new store opened.  This replaced my coke bottle and ice cream because they had popcorn that tasted like, of all things, cheese! 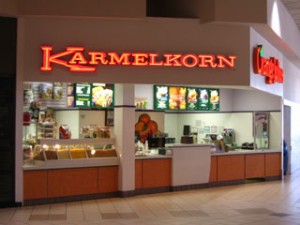 Close to the Karmelkorn store, opened a new shoe store that sold the coolest shoes ever.  Jelly shoes! 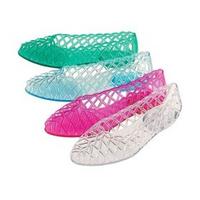 Whoever talked teenage girls into paying that much money for cheap plastic shoes that made our feet sweat and stink was a marketing genius.

As we made our way around, we almost always stopped at Coach House Gifts. 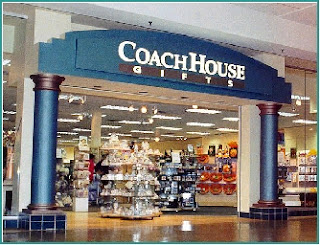 My daughter asked me what kind of store this was.  The best way I can describe it is that it was like a Hallmark store, except everything in the store was weird.  It was a great place to buy gag gifts. Oh, and mugs.

Our mall rat days were before cell phones.  We had to decide in advance how long we wanted to stay at the mall so that our moms knew when to pick us up.  Usually by this time we needed to get to our designated pick up place.  Which was... 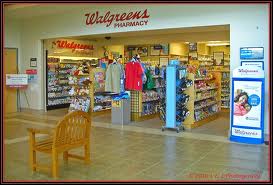 That's right.  We had a Walgreens right inside our mall.  We would browse and look at the nail polish while we waited for one of our moms to show up and take us home.  I found in my journal that one time I bought two Wet 'n Wild nail polishes for $1.47 each.  I still remember painting my nails alternate colors of pink and purple.  The 80s were a colorful time.


When one of our moms drove up, we'd pile in and go home.

Writing this story is bringing back all kinds of memories of that mall.  I realize that was a place of many firsts for me:

I think I'm starting to realize why I hate shopping as much as I do.  Nothing now is as good as the Mesilla Valley Mall was back then.